AAJ (The Association for the advancement of the Japanese Culinary art)
The Association for the Advancement of the Japanese Culinary art, AAJ, was founded in 1930, aiming to familiarize and share chefs’ knowledge, recipe and the tricks of the trades among chefs. It is like a knowledge sharing model amongst high-profiled chefs.
Japanese cuisine is getting popular by the changing of mind for health and anti-aging. As a result, the number of Japanese restaurant is increasing rapidly. Furthermore, Washoku was designated to the Intangible Cultural Heritage of UNESCO in 2013.
We are thinking that it’s possible to accelerate a creation of new food and food culture through adopting some essence of Japanese cuisine by world professional chefs regardless of the genres. By all means, we will be a mediator between Japanese cuisine and world professional chefs and we want to contribute to your further differentiation and your customer’s satisfaction. AAJ operates following businesses and has more than 10,000 members from fledgling chefs to full-fledged chefs including Michelin starred chefs. 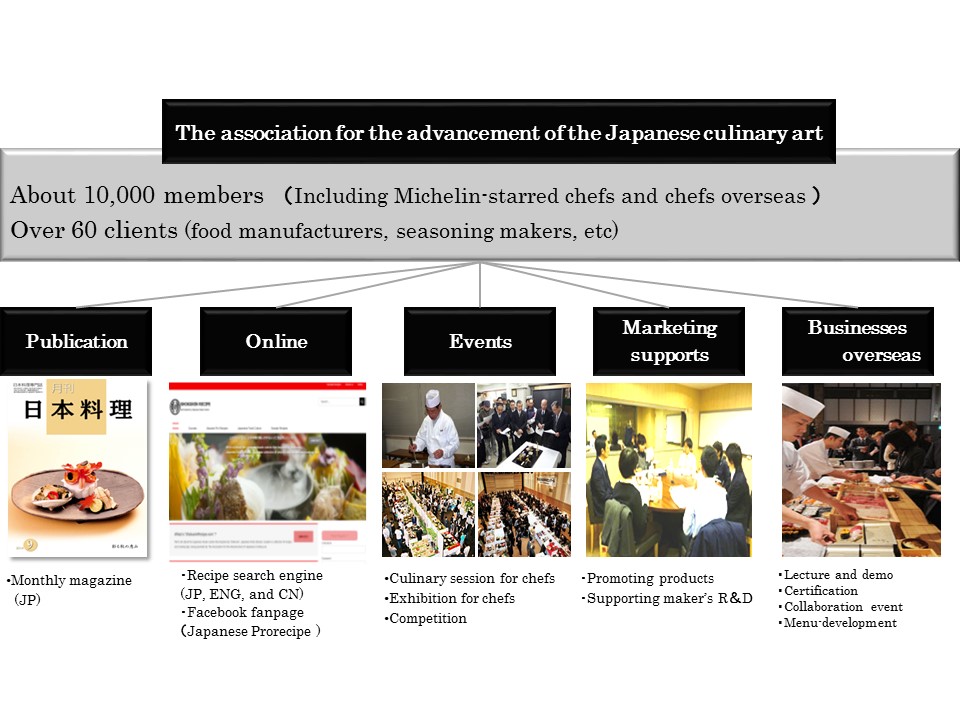